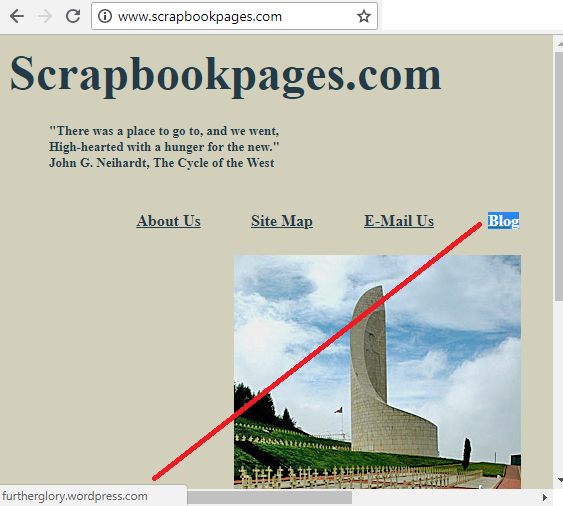 Update from 10.02.2018: The Scrapbookpages author has become quite explicit in her Holocaust denial:


Will I be next? My blog is nothing but Holocaust denial.

Update from 17.05.2018: Another example of the Scrapbookpages author Gen Baugher's neo-Nazi mindset:

The Holocaust denial website "Scrapbookpages.com" is known for masking itself as a mainstream Holocaust/Nazi crimes website. This was less obvious about 10 years ago, when the owner of the website was dropping Holocaust denial hints here and there (like including the subtle references to the Leuchter report in the "title" HTML tag) and gathering all the usual stuff from the margins of the Nazi period history that the deniers are so fond of, presenting it in a deadpan manner designed to cause "doubt" among the less aware. Since then the "hints" on the website itself have become much more blatant, with the author sometimes openly linking to deniers' articles. So, more people have been noticing. The links to the website appear to have been mostly scrapped from Wikipedia (and that they had been there in the first place shows one of the main problems with wiki - seems like it's easy to fool an average editor).

Anyway, Scrapbookpages has an official blog (the link to it is on the front page) and here the author writes in a much more explicit, blatant and mocking manner. Just one example will suffice:


I was no more than 6 years old when I first learned about the Gypsies. [The correct term for these people is Roma and Sinti.] The word Gypsy comes from a term that was made up for them because, traditionally, the Gypsies don’t work — they gyp people.


The Gypsies were also accused of stealing children; that’s why my mother warned me to beware of Gypsies.
Years ago, when I went on a tour that was led by a Jewish tour guide, I was warned to wear my backpack in the front, so that Gypsy fingers would not find their way into my backpack.
The poor innocent Gypsies were Holocausted by the Nazis, for no reason at all, the same as the Jews.

This is her usual style.

Anyway, there are loads and loads of stuff like this at her blog, some more, some less explicit. But what this pro-fascist clownesse wrote about the Holocaust denier Mattogno has caught my eye:


There has been some discussion in the comments section of my blog about this event. I thought that the famous Erntefest was a proven fact, but others have doubted it.
I finally did a search to find out what Carlo Mattogno has to say about it. I consider Mattogno to be the foremost Holocaust revisionist and the most reliable Holocaust historian, because he seems to me to be completely unbiased. Not that other revisionists are biased, but Mattogno is noted for being completely unbiased.

She goes on to quote another antisemitic "revisionist" liar, Jürgen Graf, who claims to have refuted (together with Mattogno) "the myth of the homicidal gas chambers as well as the legend of the mass shooting allegedly perpetrated in November 1943", to which the Scrapbookpages owner adds:


If Mattogno refutes the “legend” of the mass shooting, that’s good enough for me.


Also see: CODOH zombies on the Holocaust-denying Scrapbookpages website and its blog.
Posted by Sergey Romanov at Saturday, September 24, 2016