That's why it is denial, not revisionism. Part VI: Deniers and Babiy Yar massacre (4)

One source should interest us in particular - the book about Treblinka by our favorite victims, Mattogno and Graf. In a review of this book Graf writes:


Treblinka: Extermination Camp or Transfer Camp? is mostly the work of Carlo Mattogno, since he edited seven of the nine chapters. I am the author of the first and fifth chapter, and the introduction and conclusion...

I.e. the author of the chapter we've been discussing in this series is Carlo Mattogno. Of course, Graf himself also wrote about Babiy Yar in The Giant with Feet of Clay and Holocaust or Hoax? claiming that the "case of Babi Yar provides an irrefutable proof of the falseness of these Operational Reports", rehashing arguments of Tiedemann and Ball, and generally spouting the usual uninspired nonsense. But Graf is a lesser half of the duo, Mattogno being the main researcher and a "mastermind". So someone could expected a somewhat more refined analysis from him. Oh boy, would that someone be in for a disappointment!

I guess it should be mentioned only in passing that Mattogno finds Ball and Tiedemann credible:


"e. Babi Yar
In the “Activity and Situation Report no. 6 of the Einsatzgruppen of the Securty Police and the SD in the USSR,” we read this concerning the time period from October 1 to 31, 1941:595 “In Kiev all the Jews were arrested and on September 29 and 30, a total of 33,771 Jews were executed.” This deals with the (in)famous ‘Massacre of Babi Yar.’ However, as Udo Walendy and Herbert Tiedemann have proved, this did not happen, at least not remotely in the scope claimed.596 Presumable near Kiev, as in Simferopol, several hundred people were shot. We will come back to the case of Babi Yar.
595 102-R. IMT, Vol. XXXVIII, pp. 292f.
596 Udo Walendy, “Babi Jar - Die Schlucht ‘mit 33,771 murdered Jews’?”, in: Historische Tatsachen
no. 51, Verlag für Volkstum und Zeitgeschichtsforschung, Vlotho 1992. Herbert
Tiedemann, “Babi Jar: Critical Questions and Comments”, in: Germar Rudolf (ed.), op. cit.
(note 81), pp. 501-528."

On September 26, the Luftwaffe took an aerial photograph of the area, in which Babi Yar was located. John Ball has published it with the following commentary:[...]
Regarding an enlarged section of the same photograph, Ball says:[...]
Ball deduces from this:[...]
These findings have all the more value since, according to the sole witness, the cremation of the bodies in Babi Yar is supposed to have been completed on September 25 or 26, corresponding to the same day or the day before the air photos were taken.

This Vladirmir K. Davidov is apparently the only witness who claims to have participated in the cremation of bodies of Babi Yar. His tale is wholly unbelievable. The number of bodies - 70,000 - is more than double the number shot according to the Event Report, which in itself is already hugely excessive.

"Apparently the only witness". This alone disqualifies Mattogno from being a serious researcher. This means that he did not take pains to study the available literature on the massacre and the following events. Here's a (probably incomplete) list of literature available at the time Mattogno wrote this phrase, which contains testimonies of Sonderkommandos other than Davydov:

Plus, Sonderkommandos' testimonies were used in different war crimes trials, such as SK1005 trial in Stuttgart in 1969; they also gave testimonies to the Extraordinary Commission. (For completeness' sake I will mention that Sonderkommandos and other witnesses were also interrogated many times since 1943, but most of these documents have been published only recently, in the 2004 volume cited previously.)

Last, but not the least, is the 1944 Soviet Extraordinary Commission report (courtesy of David Thompson), which states (p. 201, Eng. edn.):

Witnesses L. K. Ostrovsky, S. B. Berlyand, V. Yu. Davydov, Ya. A. Steyuk and I. M. Brodsky who escaped the shooting in Babi Yar on September 29, 1943 have testified the following: "As prisoners-of-war we were kept in the Syrets camp in the outskirts of Kiev. On August, 18, 100 of us were sent to Babi Yar. There we were chained into shackles and ordered to dug out and burn the bodies of Soviet citizens exterminated by the Germans [...]"

Detailed description of the process follows.

How come Mattogno did not examine this report?

"The number of bodies - 70,000 - is more than double the number shot according to the Event Report, which in itself is already hugely excessive." Mattogno's ignorance shows again. He doesn't show that the number in the German war-time documents is "hugely excessive". And it is clear that he doesn't understand that according to numerous witnesses, the ravine served as an execution site for two years since the initial massacre. So the number of corpses in the ravine should not correspond to the number of victims in the German reports, and not all of the victims were Jewish. 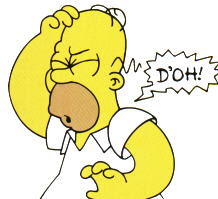 The real number of victims will never be known. We know from many testimonies (e.g. those published in Babij Jar book cited in the previous posting) that shootings continued for several days afterwards the initial action. How many were shot is not known. We know from testimonies that executions continued afterwards, for two years - many thousands (possibly, 20,000-25,000) of Soviet POWs were shot and buried in a nearby ditch; Gypsies, partisans, Ukrainian nationalists and others were shot in the ravine. Gas vans were also used.

We have numerous testimonies of Jewish survivors who worked in the ravine and burned the bodies. I have summed up their testimonies about the number of corpses here. As is only to be expected, there are differing estimates and details. I think it will be reasonable to estimate the minimum number of victims as 70,000. Possibly, the real number is about 100,000. It is not known how many of the victims were Jewish and how many non-Jewish. Probably, if we accept the lower estimate, the ratio is about 1:1, while with the larger estimates we have more non-Jewish victims than Jewish ones.

Next, Mattogno explores the issue of physical evidence. First, what should have remained:

Let's take the data from Roberto's posting about Mattogno and Belzec (keeping in mind that it may have to be corrected in the future, if the new data arrives), and assume 100,000 bodies with an average weight of 45 kg (there were lots of children and women among the victims, though probably not as many as in Belzec). That's about 4,500 tons of corpses. 5% of that is 225 tons (if we follow Mattogno's rules). Again, accepting Roberto's generous assumptions (i.e. no regard for decomposition of corpses), the wood ashes would constitute about 360 tons. Together - 585 tons. SKs testified that they were mixing the ashes with sand and earth inside and around the ravine, and dumping it in nearby kitchengardens, fields, etc. They were working for about 40 days. I.e. on average they would have to transport and disperse around 14.6 tons of ashes per day. They were working for 12-15 hours, according to their testimonies. Assuming 12-hour working day, they had to disperse 1.2 tons of ashes per hour. Assuming 30 kg per person, they would need about 40 SKs busy with dispersing ashes - each having to disperse 30 kg per hour. And they had at least 300 people working in the ravine. These numbers are very rough, and possibly the situation was much better from a logistical POV, the wiggle room is quite large. Suppose they were always working for 15 hours. Then they would need just 32 men. Suppose they didn't need an hour to disperse 30 kg of ashes... Etc., etc., etc. So yes, it was possible to spread ashes and bones around the area. No, it wouldn't be possible to obliterate the ashes and pieces of bones completely, but then, nobody claims that it was done.

E.g. in his book Anatolij Kuznetsov describes his trip to the ravine with his friend not long after the incineration had stopped:

We knew this stream perfectly... It contained coarse-grained sand, but now for some reason it was full of white stones.

I stooped and took one to take a closer look. It was a burned piece of a bone, size of a nail, white on one side, black on the other. The stream washed away them from somewhere. [...]

So we walked for a long time over these bones, until we reached the very beginning of the ravine, where the stream disappeared - here it originated from many sources seeping from sandy layers, and that's where the bones came from.

The ravine became narrow ... and in one place the sand became gray. Suddenly we understood that were were walking on human ashes.

We walked around a little bit, found many whole bones, fresh skull (still wet) and again pieces of black ashes among the gray sand.

I picked up one piece, about two kilograms, took it with me and kept it. This is the ashes of many people, everything is mixed in it - international ashes, so to say.

(JFYI, Kuznetsov wasn't Jewish, he was half-Ukrainian, half-Russian; he escaped from USSR in 1969, taking the uncensored Babij Jar with him. The full version is extremely critical of the Stalinist regime, so, of course, it couldn't have been published in USSR in full. In a 1965 letter to Shlomo Even-Shoshan Kuznetsov wrote:

I belong neither to Zionists, nor to antisemites - both [ideologies] are equally repulsive to me, and I'm writing my story from what I think is the only right position - internationalist.

Now consider Mattogno's blather about the photos made by the Soviet commission:

After the Soviets had reconquered Kiev, an investigatory commission made its way to Babi Yar and took some photographs, which were immortalized in an album. Three of the photos supposedly show a first and a second "zone where the bodies were burned."[643] In another, the "remnants of the ovens and the grotto, into which the prisoners who had cremated the bodies had escaped" are allegedly shown.[644] The captions to these pictures are absurd; the only actual, clearly recognizable objects are a few rotted shoes and some rags, which were painstakingly photographed by the Soviets and were described as follows:[643]

"Remnants of shoes and pieces of clothing from Soviet citizens shot by the Germans."

Why are the captions "absurd"? Photos by themselves are not enough, and the captions provide context. Indeed, exactly because not much is "recognizable" on the photos, the captions are needed.

Thus, the most important material evidence for the shooting of 33,771 (or 70,000) Jews and the later excavation and cremation of their bodies, which was discovered at the scene of the crime by the Soviets, consisted of a few shoes and some rags! If, however, the Soviets took such great pains to document things, which had no connection with the charges, what a propaganda circus would they have put on if they had really discovered mass graves with a total of far more than a million murdered Jews (as well as countless non-Jews)? Yet such a propaganda circus failed to occur, since the Soviets found nothing, which would have been comparable to the discoveries made by the Germans in Katyn and Vinnitsa!

Suddenly Mattogno jumps from the issue of Babiy Yar to the issue of the mass graves in general, with which we have dealt here and here. In what specifically concerns Babyi Yar, there were no longer mass graves there, nothing for "propaganda circus". The focus, therefore, was on investigation of the nearby Syretsky camp, in which many unburned corpses have been found.

Not that I know of any "propaganda circus" associated with these gruesome findings.

Next >> Part VII: Other pathetic objections to Einsatzgruppen reports
Posted by Sergey Romanov at Sunday, August 06, 2006