Photos from the German East

The photographs, some of which will be shown hereafter, are noteworthy in that the editors undertook, in an appendix to their document collection (Abbildungsnachweis und –kommentar, pp. 199-204), to inform their readers where (usually in German archives) they had found each photo and what they had managed to establish regarding its provenance. The references and comments are worth reading for who is interested in where photos of Nazi atrocities come from, which is why, regarding the photos shown hereafter, I translated not only the caption but also the reference and comment in the aforementioned appendix.

Some of the photos below are rather graphic and not recommended for sensitive persons. 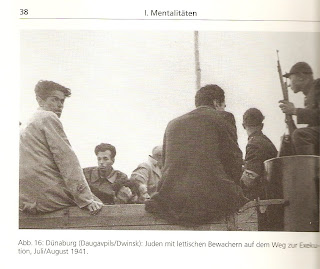 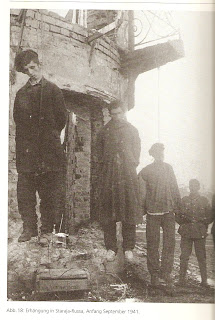 [Excerpt on page 31, my translation]

Letter by Ferdinand Welz, member of a an air force anti-air barrage battery, to his parents dd. 9.5.1942 (excerpt)

"I enclose for you some pictures, which I hope will not make you sick. Yes, those are Jews. For them the dream of Germany's destruction is over. If you can look at it, take a closer look at these pictures, there is much to discover in them. But don't show them around everywhere and keep them well for me, for I no longer have the films. On this pictures you can see, though, that there is much to be seen around here when one has the opportunity." 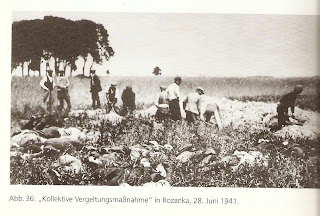 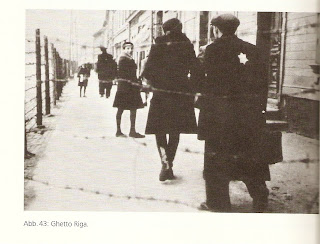 43. Public Prosecutor’s Office Hamburg, Photo Folder 141 Js 534/60 against Maywald et al (Riga-Complex), LO[= Leitz Dossier] 1, Part A, Photo 66. Contrary to the writing on the back of the LO a continuous folio ordering is missing. This is a collection last changed in 1984 of photos which were, sometimes without exact reference, removed from the main files. The photos in Part A are preceded by the deposition dd. 16.5.1975 of Efraim J., a Jew living in Riga until the end of the war, who identified Photo 66 as showing "the Riga Ghetto with Jewish ghetto inhabitants". 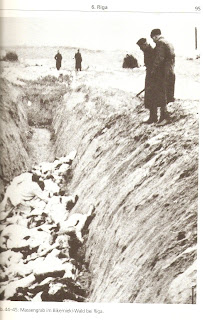 Caption: "Photos 44-45: Mass grave in the Bikernieki Forest near Riga."
Reference and comment: 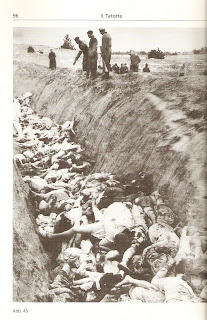 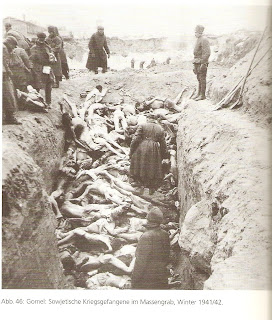 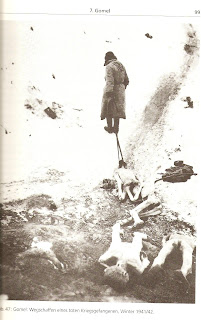 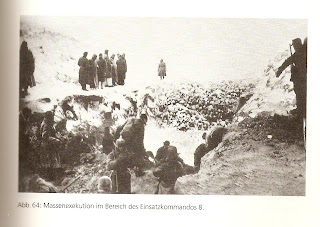 Caption: "Photo 64: Mass execution in the area of Task Force 8."
Reference and comment:

64. BAL, 202 AR-Z 81/59 b, Vol. 2, Folio 495, letter from the Dortmund Central Office to ZStL [= Central Office of the Federal States' Judicial Administrations in Ludwigsburg] dd. 2.1.1964 with affixed envelope. According to this letter, the photo was submitted by Werner Schönemann, Partial Task Force Commander of EK [= Einsatzkommando, Task Force] 8. 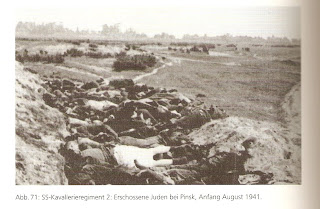 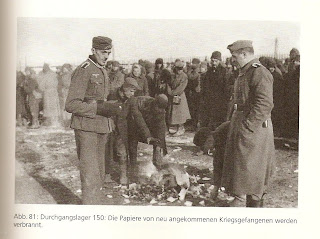 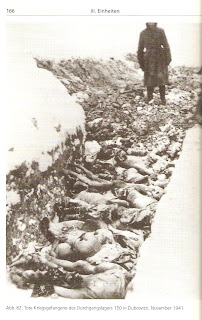 Photos of German atrocities were often taken by German servicemen as private souvenirs. German soldiers on the Eastern Front sometimes also made amateur films, some of which are shown in the permanent exhibition of the Deutsch-Russisches Museum in Berlin-Karlshorst. Mostly the films show the struggle against Russian mud and winter, smiling buddies and innocuous scenes from a soldier's daily life, but they also contain the images visible on the following stills from my videocamera recordings made in the museum in February 2009: 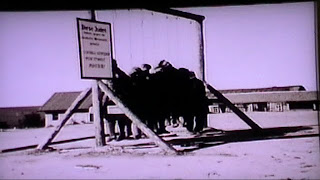 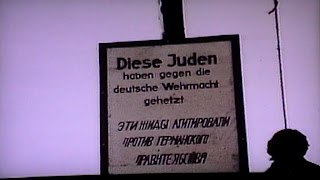 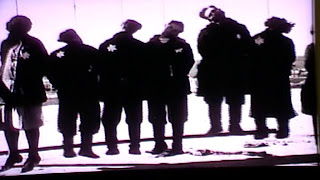 The poster in the middle still reads "Diese Juden haben gegen die deutsche Wehrmacht gehetzt", which translates as "These Jews agitated against the German Wehrmacht".

The following sequence of film stills, also recorded at the museum in Berlin-Karlshorst, is not necessarily related to an atrocity committed by German forces. However, these images of Russian, Belorussian or Ukrainian women dragging a corpse through the mud are a vivid illustration of the appalling conditions under which the Soviet civilian population lived and died in the territories occupied by Nazi Germany. 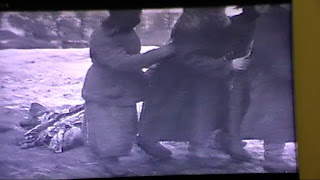 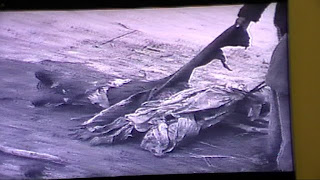 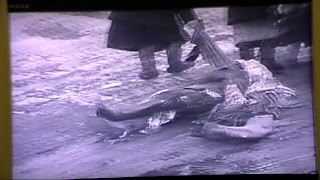 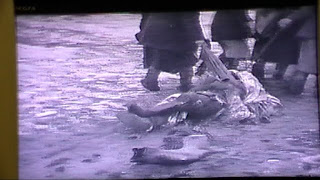