That's why it is denial, not revisionism. Part VII: Other pathetic objections to Einsatzgruppen reports

We have already seen how in their book about Treblinka Mattogno and Graf tried to discredit Einsatzgruppen reports (and failed miserably).

This posting will address a couple of "numerical" arguments from that book.

We may consider the part about Lithuania covered.

Only idiots and deniers will argue that this was any sort of anti-partisan action.

At the entry of German troops there were still 70,000 Jews in Latvia. The rest had fled with the Bolshevists. [...]

Up until October 1941, about 30,000 Jews were executed by this Sonderkommando. The remaining Jews, still indispensable due to economic importance, were collected in ghettos. Following the processing of criminal cases on the basis of not wearing the Jewish star, black marketing, theft, fraud, but also on account of preventing danger of epidemics in the ghettos, further executions were carried out afterwards. Thus, on November 9, 1941, 11,034 were executed in Dünaburg, 27,800 in Riga at the beginning of December 1941 by an operation ordered and carried out by the Senior SS- and Police Chief, and 2,350 in Libau in mid-December 1941. At this time there are Latvian Jews in the ghettos (aside from the Jews from the Reich) in:

(Note: there were 300 in Libau, not 3,000, as mistyped in the online version; but the calculations are based on the correct number.)

Mattogno then summarizes the data and comes to the following conclusion:

By the way, Stahlecker's coffin map is based on the same data, obviously.

So, is there a mistake in the report? Yes, there is one.

But wait, our friend, the Moonbat, wants to say something: 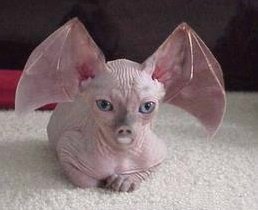 But doesn't the fact that EG reports contained typos undermine the whole Holocaust story? Y'know, maybe 2,780 Jews were shot in Riga, not 27,800? (I think none were shot and all this is Jewish lies, but for the sake of the argument...)

Well, what can I say? Everything is possible. But one needs evidence to claim that this or that number is a typo, not the other way. Besides, one can often establish the correctness of the data by cross-checking with other pieces of evidence. Consider what Prof. Richard Evans has to say in his Irving trial report:

Furthermore, Irving in his main narrative in Goebbels: Mastermind of the ‘Third Reich’, fails to enlighten his readers about a second massacre of the Riga Jews which took place on 8 December 1941. Only in his footnotes does he acknowledge that Einsatzgruppe A reported that in early December 1941 a total of 27,800 Jews were executed in Riga. However, Irving immediately casts doubt on these figures, claiming that they are ‘possibly an exaggeration’.655 Yet, Irving’s doubts are not confirmed by other sources. The court in Hamburg in 1973 established that 12,000-15,000 Jews were killed on 8 December 1941, bringing the total number of Jews murdered by the Nazis in Riga between 30 November 1941 and 8 December 1941 to 25,000-30,000.656 Using various methods of calculating the victims in Riga, the historian Andrew Ezergailis has also arrived at figures of certainly almost 25,000 Jews killed.657

I should also point out that Mattogno and Graf should have known about this typo. It is mentioned in numerous sources - Altman's book, this news item (in which the true number is cited), H.-H. Wilhelm, one of the co-authors of Die Truppe des Weltanschauungskriege, as related here, and also in Rudolf's introduction to Dissecting the Holocaust.

So, now that their objections have been refuted (and I'm sure they presented the best ones they had), will Mattogno and Graf accept the numbers of murdered Jews, and everything they entail? Or will they dream up other excuses? I guess the answer is self-evident.

[I wish to thank Nick for a helpful advice.]

With this posting I conclude my contribution to this series. Roberto will continue the work, examining several other fallacious arguments. Thank you for your attention.