What's with the IQ and stuff?

White supremacists are obsessed with IQ. Why, then, most of them are mumbling imbeciles, with apparent IQs of chimps?

Here's an excellent example from the Stormfront forum. Some "Celtic_Patriot" learns of the recent news about Germany updating the list of the German Jews killed in the Holocaust. His conclusion? Holocaust is a hoax, what else!

Being a Jew, you'd like only Jews to speak for the whole World, only problem is, China and Germany don't care about the Jews anymore, the 50 years of mourning is up and it's on with regular business, after all it was only, it turns out, 150,000 Jews, not 6,000,000. Oh well, time to shut down the Hoax museums, big deal.

When it is pointed out to him that the report speaks about the German Jews only, and thus even in principle cannot "disprove" the total accepted approximate figure of the Holocaust victims, this yahoo stubbornly goes on and on, digging himself even deeper into manure of his own making. 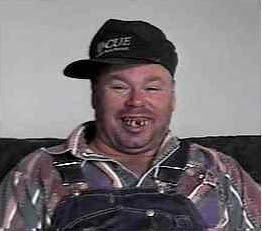 Whites are smarter than Jews.

Update: he's still at it. Please, tell me, where are such retards born? Surely near some nuclear plant?
Posted by Sergey Romanov at Monday, May 15, 2006