That we sentence 1.2 million Jews to die of hunger should be noted only marginally. It is a matter, of course, that should the Jews not starve to death it would, we hope, result in a speeding up of anti-Jewish measures [2233-E-PS, Nazi Conspiracy and Aggression Volume IV, p.900].

This quote appears in page 15 of the meeting, a scan of which is here: 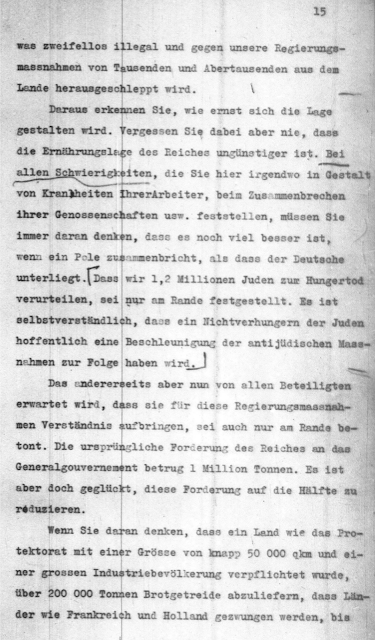 Frank not only revealed a "death sentence" but also admitted that a death sentence was already being carried out, namely the "anti-Jewish measures" that he wanted to be "speeded up."
Posted by Jonathan Harrison at Tuesday, February 07, 2017